Dallan attended both Brigham Young University Hawaii and BYU Provo. Graduating in 2017 from the Advertising Program, Dallan is now happy to be apart of the Sebo team. On the side, Dallan is also a commercial licensed pilot and stand-up comedian. He enjoys speaking Spanish, cheering on both the Utah Jazz and the Chilean National soccer team and watching Improv Comedy. 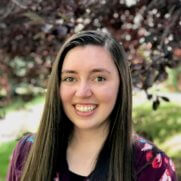